Talking about the professional usage of the Dipperfox Stump Crusher, the topic is usually associated with the deforestation of huge areas.

This is because Dipperfox provides the most extensive performance for this job type, crushing up to ¼ of hectares or 180 stumps per hour.

Most professional users are unaware that the Dipperfox Stump Crushers are working on deforestation areas and landscape maintenance projects like creating mowing zones under the power lines and pipelines, nearby transport corridors, or safety areas infrastructure objects.

The immediate impact that the Dipperfox Stump Crusher has is on the total cost of ownership (TCO).

More importantly, is that the owners of infrastructure projects are driven by efficiency. And Dipperfox Stump Crusher is the tool to provide it.

There is a vast difference between service cost if mowing on safety areas by an agricultural wheel tractor or a track excavator. It starts from transportation – operators can drive tractors to the job sites, but excavators need trailer transportation.

Plus, the cost of working hours is different, and you have to factor in fuel consumption.

But the trick is, if the stumps are not removed during the construction process, fast-growing green bushes will cover the sight of the mower operator. Thus, it becomes practically impossible to avoid contact with the stump. And the outcome will likely be damaged equipment.

Leaving the stumps to the ground is cheaper than the initial investment, but it won’t pay off in the long term.

Mowing areas are created by mulchers or, in rare cases, with stump grinders, and they work amazingly for smaller bushes. But crushing a bigger stump with mulchers is time-consuming.

The second issue is the rocks in the ground. If your fast-moving mulcher blade hits a rock, it needs to be replaced. And this means downtime for excavators and extra costs.

The combination of using a stump grinder and the Dipperfox Stump Crusher reduces the project's initial cost.

The cost efficient way to create meadow areas is to use Dipperfox Stump Crusher and stump grinder or mulcher as a team. So Dipperfox Stump Crusher goes in front and  smashes the bigger stumps and mulcher follows with fine material. Such work-around allows to crush not only the top part of the stump, but also below the ground level. It avoids stumps to rise- up due frost in wintertime. And the result will be a clean and smooth surface, which can be maintained mowled with agricultural tractors afterwards.

The most cost-efficient way to clear areas is to use in tandem the Dipperfox Stump Crusher and either a stump grinder or mulcher.

First, the Dipperfox Stump Crusher smashes the bigger stumps, and the mulcher follows with smaller ones. Such a workaround allows crushing the top part of the stump and its roots below the ground level.

It prevents stumps from rising due to frost in wintertime. And the result will be a clean and smooth surface, which can be maintained by mowing with agricultural tractors afterwards.

Looks nice on paper, but does it actually work?

Described methods have been tested in Estonia, on construction of a new 330/110 kilovolt powerline. It is a remarkable project with a total length of 170 km from Sindi to Harku. During this project more than 200 hectares of forest, swamp and other landscapes were made for meadow areas.

Feedback from constructors was obvious – the mulching process of fine bush takes only half of the time, if bigger stumps have been drilled out. This boosts the mulching performance up to 1 hectare per day, what is about 3-4 times faster than without stump removal.

The above workaround methods have been tested and adopted in Estonia to construct a new 330/110-kilovolt powerline. It is an extraordinary project with a total length of 170 km from Sindi to Harku.

During this project, more than 200 hectares of forest, swamp and other landscapes were cleared.

Feedback from operators was positive. The mulching process of fining the bush took only half the time once the bigger stumps had been drilled out by adopting this method. This boosted the mulching performance by up to 1 hectare per day, roughly 3-4 times faster than without any stump removal. 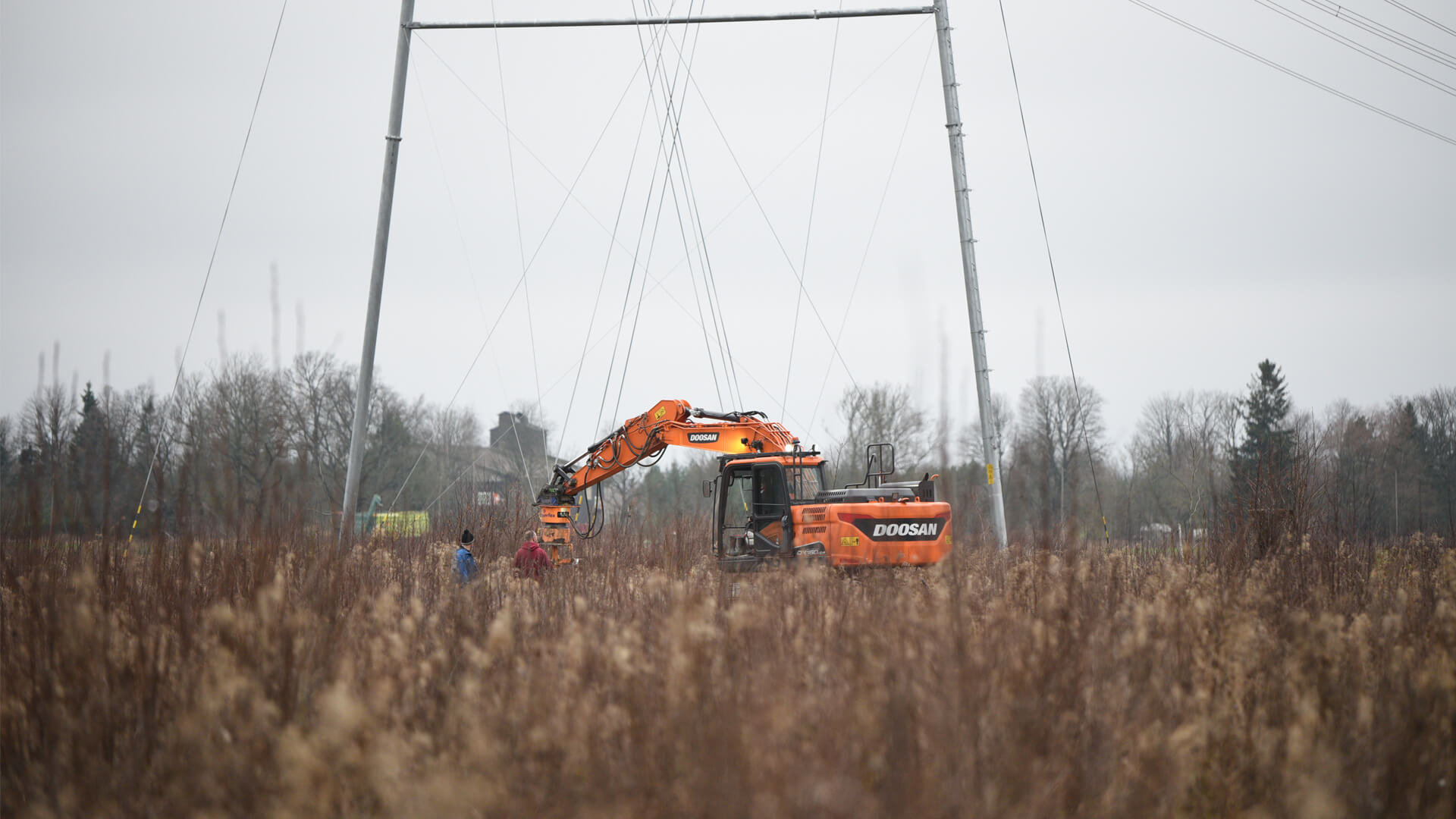 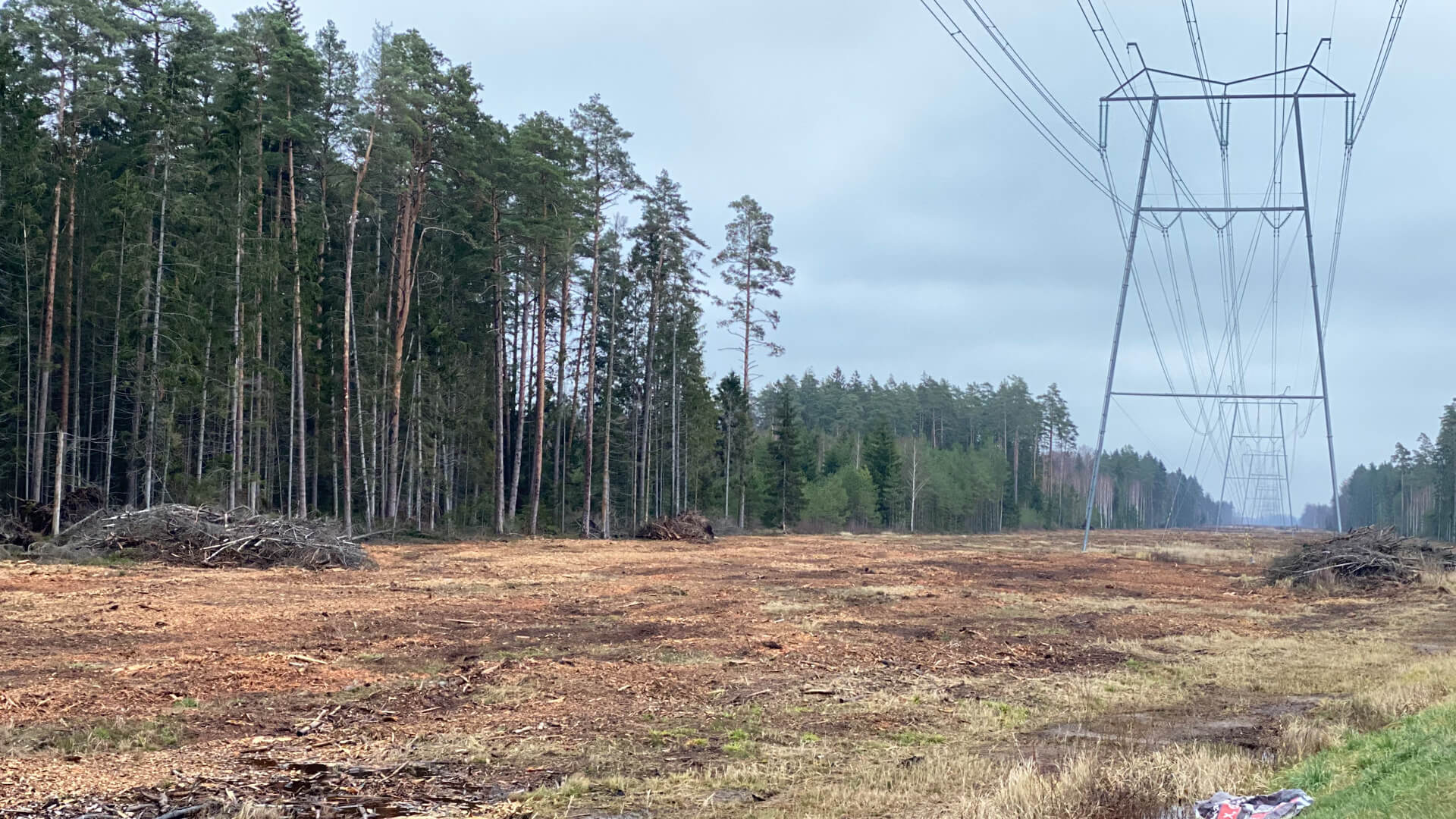 Why don't you just dig it out?

What is Dipperfox? Is it stump grinder, stump cutter, stump drill or stump crusher?

Thank you, your message has been sent from